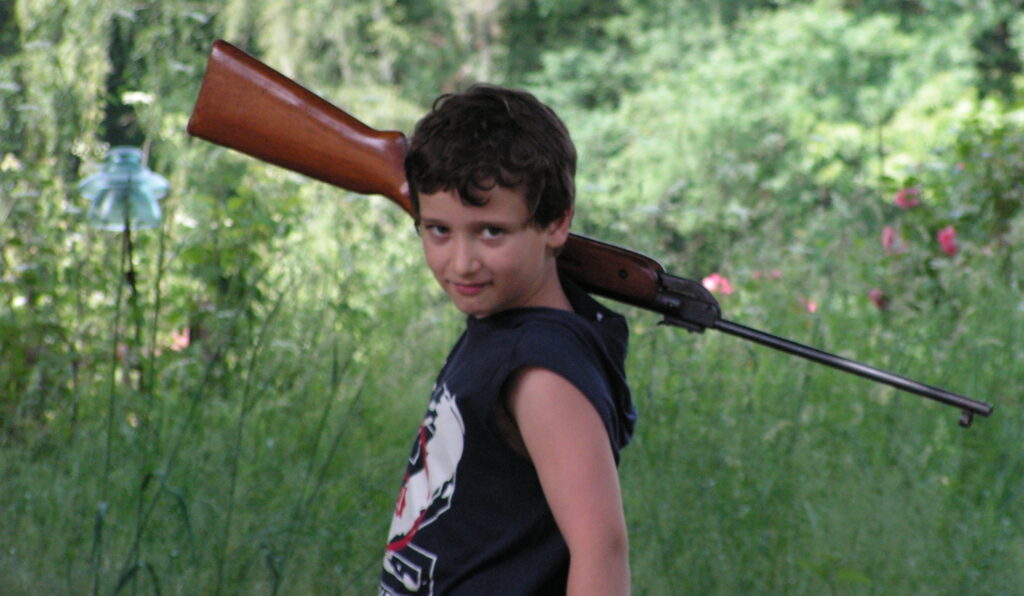 I work in sports medicine so a lot of what I see is fairly specific: Bones are broken, ligaments are torn, joints get dislocated. But I also see my fair share of “non-specific pain” presentations like patellofemoral pain and a whole myriad of tendon pains. One thing we do know about these kinds of pains is that they respond well to activity modification and progressive loading.

First, let me share my simplified explanation that I use for my athletes regarding progressive loading for tendon pain (I explain PFP via straight load-tolerance):

Your tendon has a portion that does not tolerate load very well. Worst-case scenario is that the damage has progressed to the point that it won’t change. But fear not! This is NORMAL and also found in most pain-free tendons! There is plenty of healthy tendon surrounding that damaged area that is capable of getting stronger and handling so much load that you won’t even notice the damaged tissue any more.

In a case of chronic tendinopathy, the healthy tissue may have atrophied from months of disuse so you may feel the damaged tissue complain a little bit as we load the whole tendon. Once the healthy tendon “beefs up”, the damaged portion will take very little load and stop complaining. The load has to be enough to get the healthy tissue to adapt and get stronger, but not so much that it causes so much pain that it “turns the muscle off” (pain inhibition).

That is a simple structural explanation that I happen to 100% agree with. However, that only explains the long term physical effects of load adaptation. That doesn’t explain the immediate effects that loading has on this kind of pain.

We know that directly applied long duration, high load isometrics will knock down pain immediately in patients with patellar tendinopathy. This is often described as cortical inhibition which, to be honest, is a non-specific effect in nature (the brain inhibiting the pain perception “from up on high”). And even though I am all for patient education, in my experience explaining the nuance of neurophysiology interplay is a great way to confuse and bore a patient. I’m not sure that *I* completely understand what is going on here, so how can I expect my patient who is a 20-year-old art history major to grasp it after 5 minutes?

Now, personally I don’t explain anything before we start the isometrics other than that the tendon is strong and will not break. I tell them to push into the block until they feel 4/10 pain (“solid but very tolerable”) and hold the load there for 45 seconds. If during the push, the pain increases to 6/10, back off to bring it back down to 4/10. Conversely, if the pain drops to 2/10 during the push, push harder until it gets back up to 4/10. I tell them, “I want you controlling the pain, not the pain controlling you. Don’t be afraid of your pain, it’s just a sensation.”

They then rest for 2 minutes while we talk about something else like, “Isn’t the local sportsball team having a great season?!”

Then we do set number two. At this point there is usually surprise:

This is why I don’t like explaining things too much at the front end. I want them to be surprised. I want their expectation of pain to be violated. I also have the luxury of having them be able to push into a dynamometer so they can get real-time visual feedback of how much more force they are tolerating/generating but that is not necessary – they can usually feel the difference quite dramatically without it.

Of course this is about the point when the patient asks, “What is going on?!” Here is the analogy that I use to explain this phenomenon. Keep in mind, it is an analogy to explain MY understanding of what is going on when pain responds to isometrics (not commenting on anything else although this MAY apply). It is admittedly imperfect but I find that patients really seem to like thinking about it this way and they seem to become more empowered:

Your nervous system is wary. It’s had a long couple months and it is pretty tired. It has been trying to protect you from something that has limited you for a long time.

But you have come to the rescue of your skittish nervous system. You are brave and confident. You are a Pain Hunter (cue badass theme music).

You are protected by the knowledge that no damage is actually happening. And you are also armed…with a flashlight. Not just any flashlight, but a 1000-watt Mega-Torch Shadow Crusher™ flashlight. 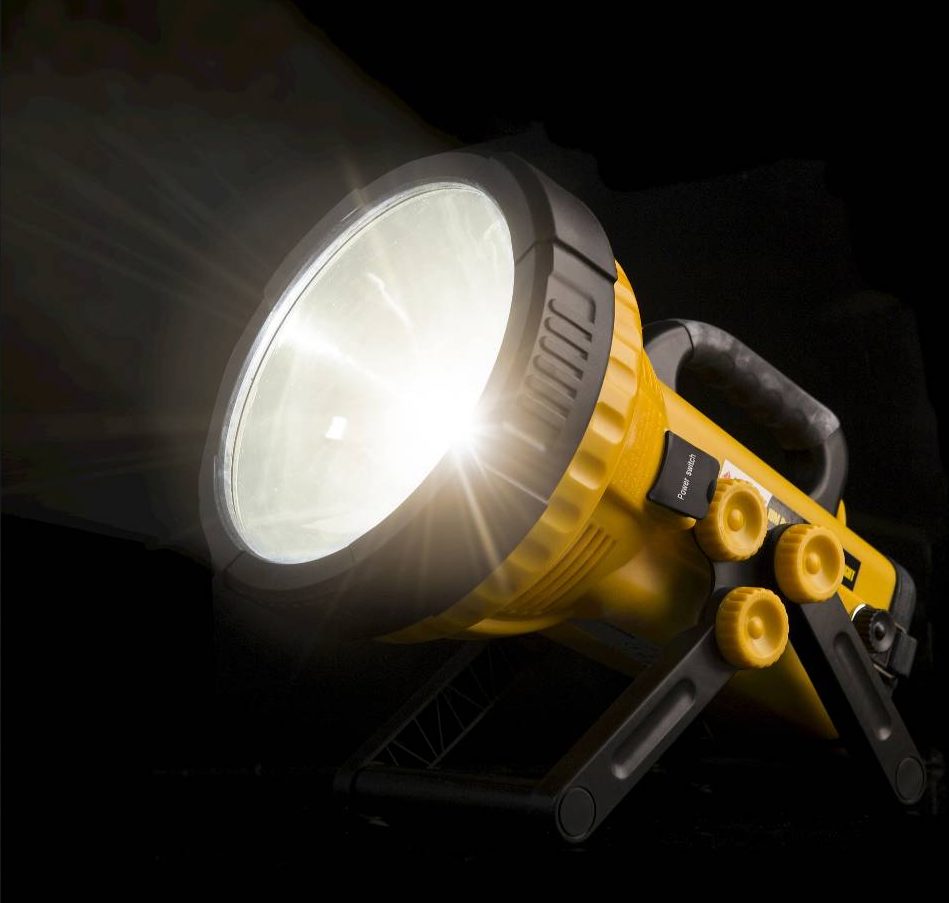 Instead of running away, you take your nervous system by the hand and head into the direction of that noise.

BUT NOW THERE IS A NEW SHADOW SOMEWHERE ELSE!!!

But it may freak out again tomorrow (maybe it had a nightmare or something). Just get out the flashlight and go pain hunting again.

Now obviously the Mega-Torch Shadow Crusher™ represents the isometric exercises here. You are using isometric exercises to chase the thing that their nervous system is afraid of (the thing that manifests itself as a perception of “pain”). Of course there are also strengthening effects from isometrics, more than we often give them credit, but that is not what happens during one session. The change in pain perception comes from something else.

As the nervous system tolerates more load, you can start introducing higher loads to get that healthy tissue stronger. But remember, there is much more to load adaptation than just tissue changes.

If you recall, we only go to 4/10 pain. Shooting the pain up way above that would be the equivalent of running wildly into dark alleys shining your flashlight all over the place with reckless abandon. Sure, you might get lucky and find nothing, but you may find that you have run headfirst into a snarling wolf (REALLY inflamed tissue) hiding in those shadows. If you go more slowly, you can gradually approach that thing that looks like a wolf and see for sure if it truly is a wolf. Once identified, you deal with the wolf. Show the nervous system where the wolf is and where it is not. Take command of all the space around the wolf. Shine the light in all the other nooks and crannies.

Give the wolf itself some space by not pissing it off and it will usually go away with time. A lot of times after the wolf has left, a wolf-shaped shadow will remain in its place. Hit that sucker with your Mega-Torch Shadow Crusher™.

Of course some providers show up with a self-proclaimed Wolf Killing Kit™ equipped with things like garlic, holy water, or k-tape. This may give the nervous system the false sense that the perceived “wolf” was “killed” when the wolf was actually nothing more than a shadow. That’s fine, I guess, but it’s sure not going to lead to any later tendon adaptation. It’s more in the category of “distracting trinket” than treatment in my opinion.

The featured image on this post is “Hunting” by Marc de Ruijter via Flicker.

Wolf image is “Angry Wolf” by Martin Reynolds via Flicker.