Biomechanics Matter Even When They Don’t

I know. The title sounds confusing. Also, biomechanics can be scary to a lot of people. It always made sense to me but I remember the more “humanities oriented” students in physical therapy school having a hard time with understanding biomechanics. Sadly, I find that a lot of physical therapists don’t seem to know exactly what “biomechanics” even means. Of course now with Pain Science™ being a thing, some people have decided to stop thinking about biomechanics all together. This is…concerning…for certain populations.

“The work which deserves, but I am afraid does not always receive, the most credit is that in which discovery and explanation go hand in hand, in which not only are new facts presented, but their relation to old ones is pointed out.”

Does psychology play a roll?

That’s a silly question. Of course it does. For example we now understand that pain is an output from the brain. It is one of the ways that the brain lets you know that it perceives a threat. In this way it is similar to fear and anxiety. Now fear, anxiety, and pain are all very different things but, for our purposes, we will think of them as variations on a theme. They are reactions to our perception of our environment.

That is just as silly of a question. It is like asking if gravity matters. “Biomechanics” refers to the forces and displacement of physical bodies (mechanics) that are alive (bio). Even plants deal with biomechanics. Most people confuse biomechanics with subsets like kinematics (or the even more specific “arthrokinematics”) which are more about positions and alignments. These things mean little unless you also include the forces that are involved (kinetics/dynamics) – as they say, the dose makes the poison. The point is, biomechanics refers to a lot of things and, as a whole, should not be ignored.

Ok nerd. I’m already getting bored. Do you have a point?

Yes! The point is that these two things are not mutually exclusive. Both are ALWAYS at play. There is an inanimate physical world out there made up of forces (masses and accelerations) and displacements (vectors) AND there is a living organism interacting with that world. In the case of humans, that organism includes a thinking brain and an extremely complex nervous system.

Now, I don’t work in chronic pain. My world concerns things like ACL reconstructions. Pain is less of a factor in that world. We are more concerned about outputs and thought processes like fear, anxiety, confidence, etc. There is talk in the ACL world that the main factor keeping athletes from returning to sport after reconstruction is fear of second injury. Psychology is the problem. Well, technically yes. But that is a narrow view.

Imagine that you are on an airplane at 11,000 feet. This is the altitude where skydivers leap out of airplanes. Let’s say we have an airplane full of skydivers but no parachutes. 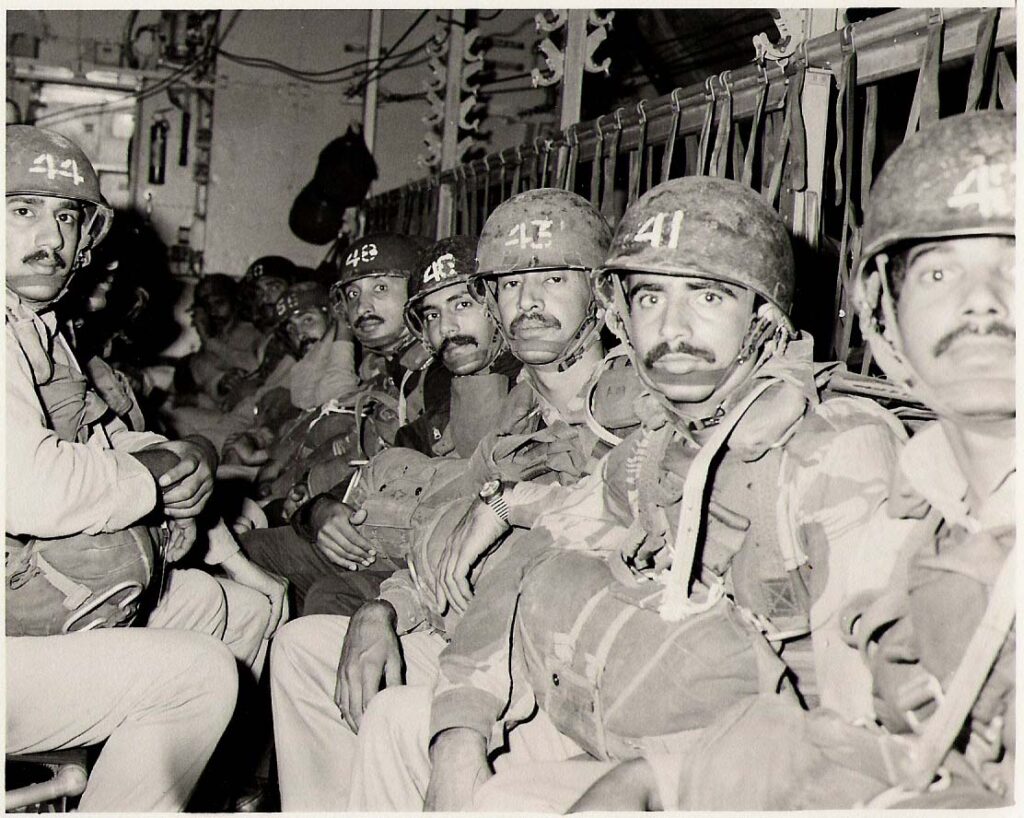 Jump out of what without a what?!

Now go ahead and survey the skydivers:

“Are you afraid to jump out of this airplane?”
YES!!!
“Why?”
WE ARE AFRAID WE WILL BE HURT BADLY YOU IDIOT!!!

Aha! They are functionally limited by their FEAR of injury! This is a psychological issue! But, in this case, would we just use a psychological intervention? I’m a fan of expectancy violation specific to their fear so I should just push them out of the airplane, right? This wouldn’t work very well because instead of violating their expectation it will actually become validated in the moment they hit the ground (splat).

Erik, this is stupid. Just give them a parachute…

WAIT! You are skipping steps here. It is not about what you would do but WHY you would do it. Fear IS why they won’t jump out of the plane and you MUST ultimately address that. But you must address WHY they have fear.

The sudden stop at the end

The old joke about not being afraid of the fall but rather the sudden stop at the end is extremely relevant here. The sudden stop at the end is a simple calculation of mass, a high velocity, and a short, almost instantaneous amount of impact time. That means mass multiplied by a very high deceleration which means huge amounts of force (F=ma) entering the body. In other words – BIOMECHANICS!!!

(I just boiled something down to a physics equation so, please, let’s pause a moment to bask in the afterglow…)

What you actually have is a thinking organism who is fearful of not being able to handle the anticipated biomechanical forces. See?!

Whatever, just give them a parachute

But what if they are just jumping off a one-story building? Well, the tool changes. A parachute would be worthless (and unnecessary) but you could offer a crash pad or teach them some cool parkour roll (see image). The point is that you need to teach them how to manage very real, potentially dangerous biomechanics with physical tools and confidence.

The analogy here is that if a postoperative ACL reconstruction subject lacks the tools (parachute) to manage the forces coming at them in their sport (biomechanics) it is ridiculous to believe that their fear simply needs to go away. They may be afraid because they can feel, consciously or unconsciously, that their muscles have limited strength or that they have a very low rate of force development or that their nervous system is still unorganized around that knee or some other impairment we haven’t accounted for. The fear is based in something, real or imagined. You must look for the root cause of their fear.

For example, in order to perform a cut with a flexed knee (“ideal” kinematics) it may require the quadriceps of this athlete to be able to produce 450 newtons (100 pounds give or take) of torque in 0.15 seconds during the deceleration phase. If they can’t produce that much force that fast from that muscle then they don’t have the tools to perform their task. Full stop. The end. No further discussion.

If they don’t have their parachute, why are you trying to take away their fear?

First you must establish that they have the appropriate tools, then you must encourage them to explore using those tools in a way that is specific to their function in order to build appropriate confidence.

When there is just psychology

Yes, sometimes the person has become afraid of biomechanics that are simply not dangerous in reality and they actually do have all the necessary physical tools. Perhaps they were told that going into valgus will destroy their knee or flexing their spine will rupture a disk regardless of the situation. Maybe they felt pain once when they picked something up so now they think lifting things will cause future injuries.

Instead of asking someone to jump out of an airplane from 11,000 feet, the analogy now is that you are simply asking them to step off of an airplane that is sitting on the ground. Biomechanics are still at play, but the limitation is a perceived lack of tools, not a real one.

But the intervention is still the same. First you must establish that they have the appropriate tools, then encourage them to explore using them in a way that is specific to their function in order to build appropriate confidence.

The featured image on this post is “Paratroopers” by Khalid via Flicker.

The Parkour image on this post is “Parkour” by Sam Carpenter via Flicker.