What Is Your Razor? 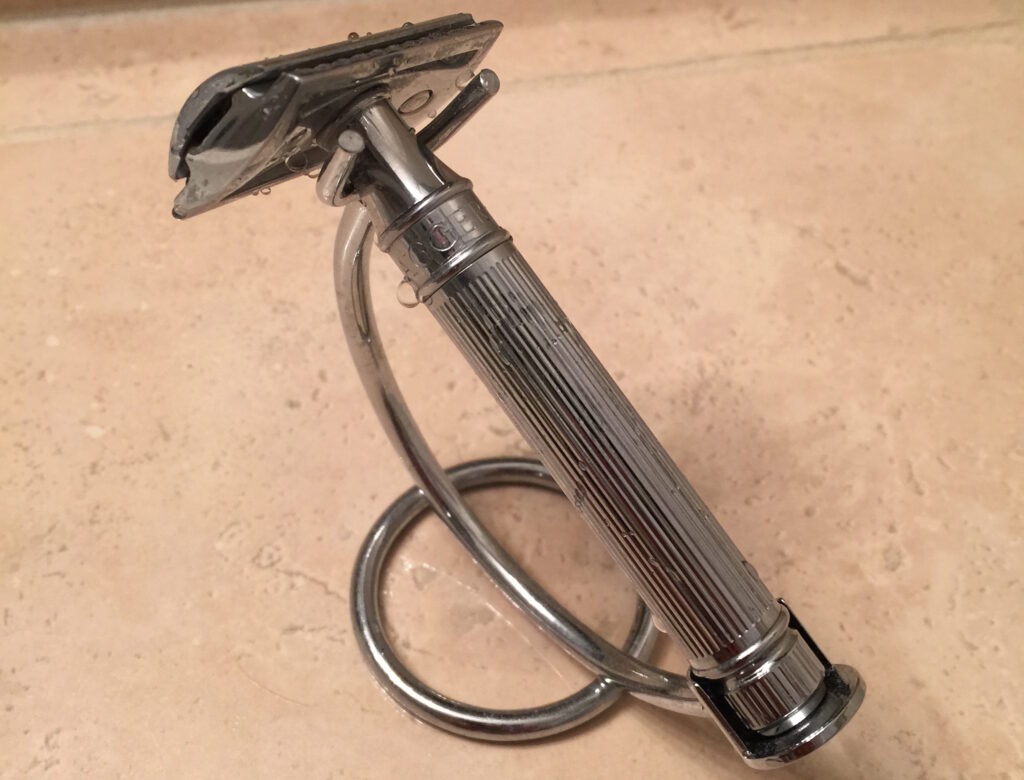 “Often myths arise because a single claim or research finding has particular intuitive appeal. The claim makes sense, it supports a popular argument, and soon it is cemented as taken-for-granted fact even though its evidence base is weak.”
– Christian Jarrett from Great Myths of the Brain

How do you judge something for yourself? How do you decide if something is “right” or “wrong”? Do you ask yourself, “Is this view reasonable?” Maybe you ask, “Is this explanation plausible?” Or even, “Does it work?” It turns out that this is not a very good way to approach the world. From a philosophical perspective, reasonable and plausible are pretty bad “razors”. The very famous Ockham’s razor of “simplest explanation” is also not a great one, but I’ve written about that before.

People actually use philosophical razors all the time they just rarely realize it. Unfortunately, they rarely are aware of the razor they are actually using. Many times in a discussion I will ask,

“What’s your razor? What makes you pick this view and discard that one?”

The answer that I get is rarely thoughtful or useful and almost never true.

What is a razor?

Philosophically, a razor is a hard and fast rule that can split ideas off into different categories – think of a physical razor shaving off material. A good razor is based on objective and dichotomous parameters. That makes it sharp, so to speak. Ultimately, positions such as “reasonable”, “plausible”, and “makes the most sense” are conclusions that can be reached, but they must be based in deeper analysis using more robust razors. The problem we have is that someone can say that something is “Reasonable TO ME”, “Plausible TO ME”, and “Makes the most sense TO ME”. Those considerations are susceptible to your previous biases. Used in isolation, they are based on little more than your gut feeling. They fall prey to what I like to call the “Makes Sense Fallacy”:

“The easy explanation that makes sense quickly is almost always wrong.”
– Me

A good razor is very sharp. It will quickly and completely sort ideas into categories (ideally just two – keepers and non-keepers). No idea will fall into different categories when the razor is used by different people. Again, objective and dichotomous. (If you want to get meta, we just used a razor to assess razors…)

Typically multiple razors are used. The first razor will shave off a large chunk of ideas. The next one will shave off another chunk. You apply each razor to the surviving ideas. The whole time you are objective while trying to attack your own biases.

This is actually the best way to test a razor: Can it defend something you don’t support? If so, it is a bad razor to use to support your own view.

Let’s break out some razors to defend what you do in the clinic. We won’t discuss a specific treatment of yours, just the razors. Here are some commonly used razors that I hear in PT discussions:

Really, you could use almost any questionable treatment example here – ultrasound, electrical stimulation, massage, acupuncture, whatever. So let’s use our razors on it!!!

As you can see THESE ARE BAD RAZORS! At least, they are not the REAL reason that you choose what you do instead of choosing craniosacral therapy – no matter what you tell yourself. They are merely excuses. I’m not saying that these descriptions aren’t good qualities of a treatment, they are just not a useful way, when used in isolation, to assess whether or not to use that treatment. They don’t really get you anywhere.

So now, why do you use what you use instead of craniosacral therapy? It is around this point people bring out this argument:

The proposed mechanism is plausible/reasonable/makes sense.

So why don’t you, right now, use the craniosacral therapy technique but with these more plausible explanations? Assuming the above statements are your entire attempt at a defense, it’s simple:

You just don’t want to.

It doesn’t fit in with your preferences, biases, worldview, skill set, etc. You LIKE what you do. That’s it. Those other arguments are what you tell yourself to feel more “scientific” or whatever.

This is in NO WAY trying to provide support for using craniosacral therapy. It is more to show you that your reasoning sucks.

To be clear with you, if someone says to me, “I use this treatment just because I like doing it,” I’m actually okay with that in some respects. Although it is not a defense I would find acceptable for myself, at least they are being honest. When I hear someone mocking things like craniosacral therapy while they are vehemently defending something that fails similar scrutiny, I get irritated. The delusion is almost worse and, in my opinion, is harmful for the profession. Take a good long look in the mirror.

So let’s look at some better razors.

Are there measurable, objective effects that are specific to this treatment and clinically relevant to the patient?

In other words, does it do something that results in actual tissue change? Although this is my favorite razor, I will admit that this is a high bar, so let’s go a little easier. I can also shoot off on a long digression on exploring what EXACTLY you are trying to treat…

Can this treatment be done at home without assistance?

Treatments that can only be received in a clinic by a healthcare professional can reinforce dependence of the patient on their provider and undermine self-efficacy. Trying to foster an internal locus of control and encourage self-efficacy should be a goal of care.

These are just a couple quick ones but you can see that craniosacral therapy quickly fails both. Does your favorite treatment pass either one? Are you sure?