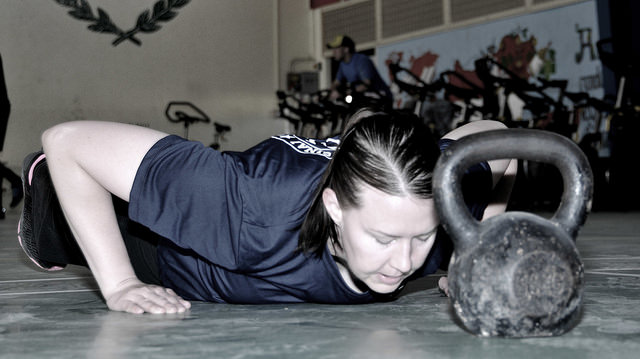 One of the best things about CrossFit, besides giving us lots of business…

That’s a joke I do during my weekend course when I get onto the discussion of power lifts for the general public. It always gets a laugh from physical therapists because it’s “true”. Or at least we seem to think it is…

First, I think CrossFit is stupid. It does not look remotely interesting to me. That doesn’t mean much since I also think that golf is stupid. As Mark Twain said, “Golf is a good walk spoiled.” Don’t even get me started on running as a sport. Where are you running? What’s the hurry? In my opinion, running is for criminals. I have no interest in doing any of these things. What was I talking about again?

So is CrossFit a good thing or a bad thing? Well, you hear arguments from both sides but it is really a pointless question (I hate false dichotomies). Of course that means that I’m not really going to answer that question, but let’s explore the idea anyway.

Is CrossFit dangerous or does it just SEEM like it SHOULD BE dangerous? We watch people throwing heavy weights around, heaving their bodies every which way, all with “horrible form”. It HAS to be dangerous. But what do the epidemiological studies say? Actually, there isn’t much out there.

One recent survey study (yuck) found injury rates to be around 20% of participants. I admit that 20% is quite high but when you look closer, it was a very inclusive study. Most of those injuries were minor sprains/strains. No fractures. No dislocations. Nothing very serious. Injury rates were much lower when a trainer was guiding the sessions. Of course CrossFit isn’t really regulated so the trainer may or may not be supervising – that is another discussion.

Ah yes. But you have seen a number of people with CrossFit related injuries. Yeah. I have seen a lot of basketball injuries, too. And tennis, and soccer, and hiking, and stupid golf. I don’t call those sports “dangerous”.

Is golf even a sport at all? You might as well go fishing. At least you can eat the fish…

So why do people even do CrossFit? It turns out people do CrossFit for the same reason they play tennis or soccer or go hiking. “It’s fun! I look forward to it!” People really seem to have fun doing it. As far as I’m concerned, that’s enough reason to do anything.

CrossFit is a great way to train for sport!

Errrr. Time out. No. No it’s not. First off, CrossFit is not one particular workout. There is a ton of variety across CrossFit gyms and workouts. There may be good elements of a CrossFit workout (like explosive lifts), but those are not unique to CrossFit. The classic high-load high-rep low-rest workouts that are stereotypical of CrossFit are not something that I would recommend to an elite athlete for conditioning purposes. There are much better training modalities out there for them.

Good for fitness? Sure, as are a lot of other things – like stupid running for example.

Should people do CrossFit?

Are they enjoying it? Does it get them off their butt and breaking a sweat? Well then why the hell not? So what if they tweak their shoulder or their back? I work with all kinds of athletes who tweak their shoulders and backs all the time. I never even think to suggest that their activity is “risky” or “dangerous”. Shoot, we often work with mixed martial arts (MMA) athletes at my clinic. They are actively trying to hurt each other! I never suggest that they stop their sport (because they would hurt me).

Is CrossFit the only physical activity they like to do? Well then by all means do it! What’s the risk for that otherwise sedentary person NOT doing CrossFit? Doritos on the couch? You know what? Go ahead and risk the back strain. Wouldn’t you rather they pay their physical therapist than their cardiologist?

Picture at top from Minnesota National Guard via Flickr under Creative Commons.