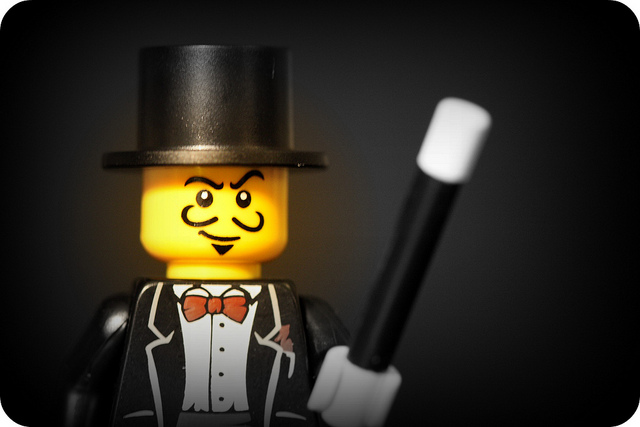 “I see you have a deck of cards. Go ahead and shuffle them in any way you would like then hand me the deck.”

You look at your deck of cards, a deck your father originally purchased when you were a kid. You shuffle them really well and hand them over. The magician takes the deck and immediately starts slowly pulling cards off the top of the deck one at a time face down. His hands are low on the table making sure not to expose the face of any card to anyone.

“Tell me when to stop.” You wait until he places a card on the table and takes his hand away.

“Ok. I’m going to close my eyes and turn around. Look at the card. Show it to your friends. I won’t look.”

“Now. Put the card back in the deck anywhere you like then reshuffle. As a matter of fact, keep the deck, I don’t need it anymore. I just want you to think really hard about your card.”

You take your deck with the 6 of diamonds and put it in your pocket. “Are you from this town originally?” he asks.

You confirm that you’re from this town. “Ah, that means the card is red.” You smirk. Lucky guess. “And this deck, where did you get it from?”

You point out that your father gave them to you when you were a kid. “Your father you say??? Definitely a diamond.”

What the hell? “Did you go to college?” he continues.

You admit that you did. “Ok. Your card is the 6 of diamonds.”

How did he DO that?

Now, if you don’t already know how this trick works, I will explain it later. If you already know, don’t say it out loud. The guy sitting next to you on this train is reading this over your shoulder. He may not know how it works. Don’t spoil it for him.

If you don’t know how it works, you might be racking your brain right now. The cards weren’t marked. You were watching his hands the whole time, avoiding that trick magicians do where they force eye contact to pull your eyes off of their hands while they swap a card. He left it so that the only explanation is that he actually could read your mind somehow. Many people actually become convinced of this. But not you, you’re smart. Or something like that…

Everyone Can Be Fooled

Back in the 1970s and 80s, scientists were studying parapsychology to see if it was real or not. They were serious and at legitimate universities – we’re talking Stanford and Oxford, not The Institute for the Advancement of Psychics and Bullshit (not a place). The researchers would bring in people known to demonstrate psychic powers and run them through rigorously controlled trials. So what happened?

The psychics were passing their trials! The effects were sometimes decreased, but they were still clearly there. The psychics were demonstrating their amazing powers of mind reading, telekinesis, etc. Skeptics were being converted into believers. How could this be?

The only explanation, they thought, was that there must be some kind of yet to be measured “energy” that these people were harnessing and manipulating. Like the old magic of magnets or the new enigma of dark energy, we just don’t understand it…yet.

I’ve mentioned my love of comedians and magicians before because they are always looking for the alternative explanation. Go to a magic show with a magician. They will be able to immediately tell you all the ways that a trick was potentially executed. Even if they get stumped, NEVER do they think, “Oh, that must have been ‘real’ magic.” They know it was a trick. Always.

Back in the 70s and 80s, magician James “The Amazing” Randi wasn’t fooled by the psychics. He used his celebrity to undermine the “research” and immense media attention. He would go on national television shows the day after a psychic had been there and demonstrate the same skills while pointing out, “It’s just a trick!!!!” He would never reveal how he did his tricks, knowing that a psychic would simply follow him using a different technique to “disprove” Randi.

“There are lots of ways to deceive you,” Randi would point out.

He famously created a scenario to render Uri Geller’s psychic abilities completely impotent on Johnny Carson’s Tonight Show. He also secretly sent his own “psychics” into research settings to trick the scientists.* By doing this, he was able to demonstrate that even researchers would break their own rules of control just to find a positive result. They didn’t do it intentionally, they just committed the cardinal sin of science:

They wanted to believe.

Actually, not always. They often blur the line for themselves. Mentalists sometimes start to believe that the trick known as cold reading is not a trick but is merely enhancing their psychic abilities. Faith healers may start to believe that they are actually healing their subjects. Shoot, the person came in using a wheelchair then got up and walked out on their own. You can’t argue with THOSE results! Actually you can.

They are just practicing a magic trick and not knowing it. They think they are doing one thing, when in reality they are taking advantage of their subject’s willingness to believe. Many defend themselves by saying that they are simply giving their subjects what they want. They give a sense of hope and that is a comfort for their subjects, even if what they offer is not real.

How does this apply to physical therapy practice? Sure, some providers are outright scamming their patients with questionable techniques, but I don’t think this is very common. Many, however, are practicing unintentional clinical magic. They really do believe that what they do is real and they very much want to help their patients. This is a common trait of alternative medicine providers, but it can also happen in fields like physical therapy. It might be happening to you. 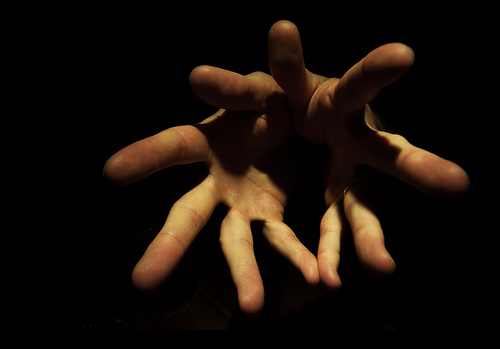 Your assessments and interventions may be playing up pre-established expectations. You may be unintentionally using showmanship in the way you explain things and via your clinical environment. Creating context and then providing a distraction – these are all tricks of the magician. Through your own experience of anecdotal yet often startling effects, you start to believe. But in reality, you are merely deceived.

“The first principle is that you must not fool yourself – and you are the easiest person to fool.”
– Richard P. Feynman

Well, actually that depends. Magicians still do all the things that self-proclaimed psychics do, and you know I love a good magician! The difference is that the magician TELLS YOU THAT IT’S A TRICK!

Clinical magic tricks are those interventions that have immediate effects on your patients and are usually applied to the patient passively via hands, devices, etc. They can also be done via certain movement repetitions. I get less concerned when the patient is told something like, “Here’s a little trick. [Apply clinical magic] It doesn’t really do anything. It’s just a trick that plays on your perceptions and your nervous system. Pretty cool huh? Ok, let’s get on to some load tolerance adaptation!”

Sometimes using a quick magic trick can be helpful. Unfortunately, some people will believe in these things even after they are told it’s a trick. Because of this, I minimize all clinical magic whenever I can. Hard for them to falsely believe in something that they have never seen for themselves.

What about that card trick?

Oh yeah! I’ll tell you how he did it, but Scam School does a great job demonstrating the trick and Diamond Dave executes it much better than I described it above. You might want to watch it for yourself first and see if you can figure it out (that trick starts at 4:55). If you have time, the whole video just makes me giggle!

If you didn’t want to watch the video but still want to know, he hid a tiny mirror lightly stuck to the inside of his middle finger on the dealing hand so he could see every card as he dealt. He knew what card you picked before you did.

*The makers of the film An Honest Liar do a great job telling the story of the psychic testing performed in the 1970s and 80s and the work of James “The Amazing” Randi to debunk them. It is available on most movie streaming services like Netflix.

The Magic Hands image is “Magician’s hands” by Sybren Stüvel via Flickr.