What Comedy Can Teach Us About Critical Thinking 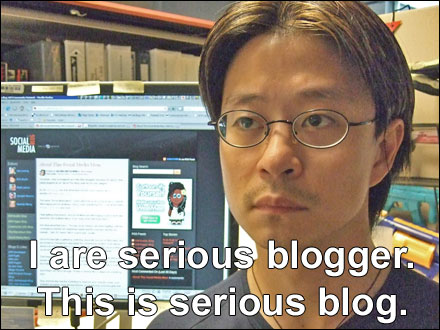 Ever since I was a little kid, I have loved comedy

I used to watch ANY stand-up I could find. I owned comedy albums that I would listen to over and over again so I could memorize them and recite the bits to friends (I can still rattle through Steve Martin albums from memory). Currently I offer my professional services to local comics pro bono just to do whatever I can to support the team. Comics, like most other artists and performers here in the US, are woefully underinsured.

When I attend conferences, my favorite people to hang around are skeptical researchers. Hanging out with these folks is a freaking party. And I don’t mean a “hit the clubs” drunkfest. Rarely is there much, if any, drinking and we tend to congregate in crappy foodcourts or hotel lobbies. It is a party because it is non-stop jokes and laughing. Now, I know what you are thinking,

Yes, because a good scientist sees the world in the same way as a comic. There is a reason that both comics and researchers start out life as the weird nerdy kid in high school. When a comic recognizes something as funny, they actually explore WHY something is funny. This allows them to find jokes in unexpected places. It turns out that the ability to find the humor in something is an exercise in critical thinking. It also is the same skill that makes magic work, which is why some of the greatest and most outspoken critics of pseudoscience have historically been magicians (Houdini, The Amazing Randi, Penn & Teller, etc).

In order to understand this, let’s look at how to develop a joke

Of course I’m not talking about reciting a joke you have heard before (joke delivery is something different) but creating one from scratch. Any comic will tell you that comedy is a skill that you need to practice intentionally on a regular basis. It’s not simply “being funny”; that is just a prerequisite. Most comics spend their days working on joke development – it is a full time job.

Many jokes are based on observational humor. The first thing a comic will do is make observations about the world around them and common life experiences. They will usually start with a list of mundane occurrences. These observations will generate the eventual set-up for the joke. Then they will examine one of those observations and think about the common ways that most people intuitively interpret that observation (the more universal the better).

Now here is the hard part. At this point the comic must look for alternative interpretations that no one else has considered but are just as true, if not more so. This is known as the turn or the twist of the joke and is what actually makes it funny. The more the alternative interpretation is unintuitive yet true, the funnier it is. That is why a very common reaction to a really good joke is, “Oh my God! That is SO true!”

Absurdist humor is also popular among critical thinkers. This involves following an intuitive “truth” to a logical yet absurd conclusion or just throwing something out completely unexpected. Both observational and absurdist humor have similar properties.

Once a good comic creates a joke, they develop the joke further by expanding the setup. They do this by creatively hardening the expectation of the audience. The comic really drives and reinforces that intuitive picture in the mind of the audience so they can rapidly pull the trigger on the turn.

If you’re a musical comic, just give ’em a little weird voice inflection.
Then take a Viagra and slap ’em with a rock hard misdirection. [link NSFW]
– Bo Burnam

This actually works best if the audience needs to make the connection themselves – never explain a joke. A little bit of thinking makes a joke funnier.

Among comics there is the derogatory term “hack”: A comic can be generally called a “hack” or a specific joke can be considered “hacky”. This is when you lazily take an alternative yet obvious interpretation – in other words, the obvious and easy joke. Your classic “fart joke” if you will. (Not to bad mouth a good fart joke, which we can all appreciate from time to time.)

Why is this derogatory? These jokes only work on either stupid or, at least, unsophisticated audiences. More sophisticated audiences can see the joke coming from far away. Some comics will use these effectively by creatively over-selling the delivery, which creates an unexpected element to the joke, or by absurd or specific tagging, but this can get a bit arcane and I’m boring you already…

How does this apply to critical thinking?

When presented with a scenario, the average mind will go first to the intuitive and obvious. At best, it will think of the hack alternative explanation (this is often an easily dismissed straw man position which strengthens their original belief). The world is as expected and, well, boring.

A good critical thinker won’t be satisfied with the obvious or the hack explanation. They will explore ALL the possible explanations looking for the “real” truth, the more hidden the better – exactly the way a comic sees the world. This is where large leaps occur in knowledge. Find that “deep cut” of underlying and hidden truth that no one else has considered and then test it.

Think about the last time you had your mind blown by a new explanation backed by some elegantly simple research. My automatic reaction is always laughter followed by the words, “Son of a bitch. Why didn’t I see that before?”

Having your expectations messed with makes life exciting. Science is hilarious. When I picture my favorite critical thinkers, there is always a smirk on their face.

In conclusion, I embedded sets from three of my favorite Portland-grown comics. Sean Jordan (who was just named Portland’s Funniest Comic and is a great guy), Ian Karmel, and Ron Funches. Why? Because they are awesome and I’m proud of my town. Watch the setups and turns and enjoy!