How to Fool a Smart Person

Wisdom is the love of truth. Intelligence and spiritedness can exist without it. Without wisdom, if some proposition floods their sense of beauty, they will believe it with all their heart and soul, and express it with such touching beauty that others, too, will be induced to believe. Their sense of enchantment shapes their conception of the truth, rather than the other way round.
– Plato

Sometimes I think that Plato may have been a rather astute fellow. Keep in mind that his most famous student Aristotle made the first attempt to establish formal rules to scientific inquiry, which was then redefined by Sir Isaac Newton (and friends) into our modern understanding of how to explore nature. Several decades ago, Richard Feynman added his own first principle of science:

The first principle is that you must not fool yourself – and you are the easiest person to fool.

Keep in mind, he was not talking to the general public; he said this during his Caltech commencement address in 1974. Bad science is rarely intentional. The smarter you are, the MORE susceptible you are to being guilty. It is the result of the way the human brain interprets the world. It is as if that brain of yours is constantly trying to con you. 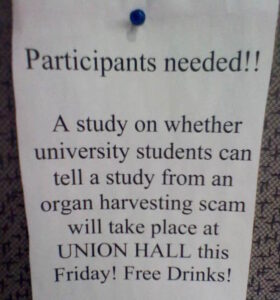 The smarter the brain the more elaborate the con.

The best way to see a con coming is to think like a con artist. So instead of telling you how to think, I’m going to teach you how to trick yourself into believing a false idea is true. Of course, you are a “Certified Smart Person” since you are reading this blog (you are also very attractive and not susceptible to flattery), so we have our work cut out for us. We will make Feynman proud of our ability to fool ourselves…

Let’s start with two qualities that are inherent to truth:

Of course establishing the above does not make something true, but we are trying to trick ourselves so stay with me. These two things are usually established via correlation. Now, before we shoot off into post hoc fallacy (thank you Aristotle) and start screaming, “Correlation does not equal causation!” we need to pause and acknowledge why this argument is SO convincing…

Truth MUST have correlation.

Correlation is inherent to truth and is the easiest quality of truth for the human brain to understand. Of course as a Certified Smart Person, you know this already (smart, attractive, and all of that). A simple one-time correlation? You’re no sucker for that! Or are you?

In your mind, you have a way that you believe the world works. Nothing to be ashamed of, we all do. As a Certified Smart Person (patent pending), when you see a correlation that disagrees with that, you are quick to pick apart the potential problems with it. Great job! But when it supports what you believe, you refrain from the attack. As a matter of fact, your smart brain (a goddamn brilliant con artist) starts finding all the ways that the correlation fits with your view of reality. It starts collecting quite the stack of supporting correlations creating a huge fortress of illusion. You are currently in one, but don’t worry – So am I. Mine just looks like shit to most people – I’ll explain.

“Beauty is truth, truth beauty,” that is all
Ye know on earth, and all ye need to know.
– John Keats

Our brains really want us to cultivate and maintain our fortress of illusion, our perception of truth. It requires constant maintenance. As good scientists, we want our ideas to be elegant and this gives it a certain beauty. But we don’t want superficial beauty by sprucing up our fortress. A person with wisdom wants truth. To a good scientist, real truth is really, really beautiful. The quote by Keats is a reflection of the way the human mind is biased, not a reflection of reality.

I don’t believe that just ‘cause ideas are tenacious it means they’re worthy.
– Tim Minchin

Being aware of the post hoc fallacy is not enough to make you immune to the seduction of correlation. Your brain wants to lock-on to a series of correlations like a tenacious dog. The more intelligent and spirited your brain, the more tenacious it will be.

But wait. Is it better to be stupid and apathetic?

Just like with a tenacious dog, your brain must be trained. To train a brain as powerful as yours, it takes rigorous, consistent practice with regular reinforcement drills. But do we want to take the tenacity out of the dog? Of course not, the tenacity just needs to be redirected. Your brain needs to be tenacious for truth; tenaciously attacking your fortress of illusion; tenaciously trying to break ALL correlation. 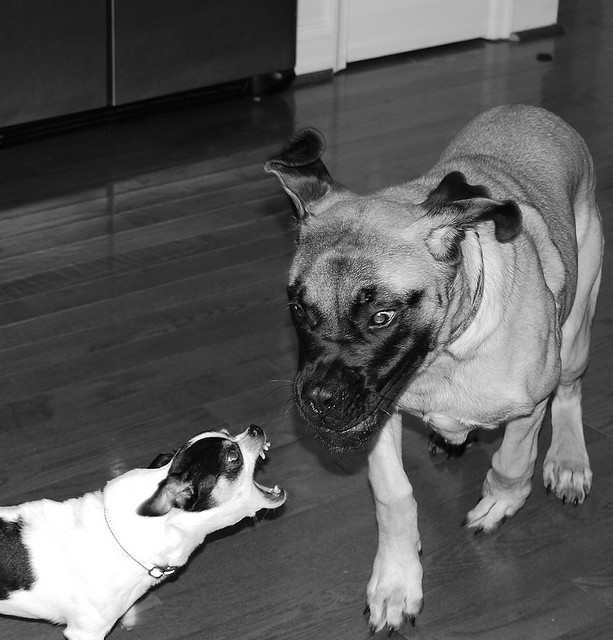 You want some of this?!
Photo credit: Annie

Research can be described as trying to control the variables to the point where you fail to find any correlation. The variable that, when it is controlled for, breaks the correlation, immediately refutes the other variables. The beautiful falsifiability of science! But does that mean that the new correlation is the REAL truth? No! Don’t relax you tenacious son-of-a-bitch! Attack! Attack that new correlation with all the power of your brain! There is ALWAYS more to the story!* 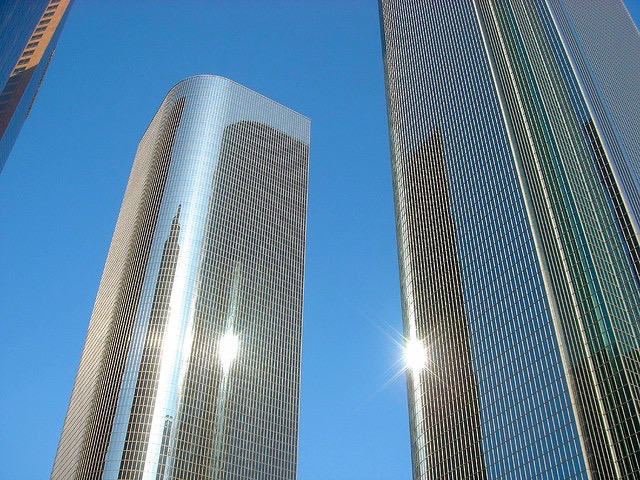 A well-known PT leader may have a gleaming fortress of illusion. High shining walls with supporters crawling all over it, patching cracks, cleaning off graffiti, commissioning a new artist to add a fountain out front. People will walk by and say, “I like that fortress! I want to build one like that some day. Show me how!”

As a Certified Smart Person, that could be you. Seductive isn’t it? But it is your duty to attack your fortress with an unrelenting tenacity. Tear the whole thing down to the ground. Your fortress should look like a smashed up ruin. A pile of rubble here, a charred and gutted room there. Before you add a stone, beat it relentlessly with the sledgehammer of doubt. If it holds up, add it to your wall. Come back to that stone later and wail on it again, just in case. The average person walking by will say, “What the hell? This is a mess! What did you do you wacko???”

But another lover of wisdom, themselves all haggard from attacking their own fortress, will look at it and say in a hushed tone, “…beautiful.” Then they’ll notice
that you are pounding away on an old stone way down in the foundation of one of your walls. “Ah. That stone there? You need to attack it like THIS!” crumbling an entire wall for you. High-fives ensue!

In the end, you’re left with a beaten and battered little bunker of reality – and it is beautiful.

Certified Smart People have been doing these things for thousands of years. As Plato noted in the opening of this post, we need to have wisdom, and be careful of relying on intelligence, beauty, and passion.

Now, help me with this sledgehammer… 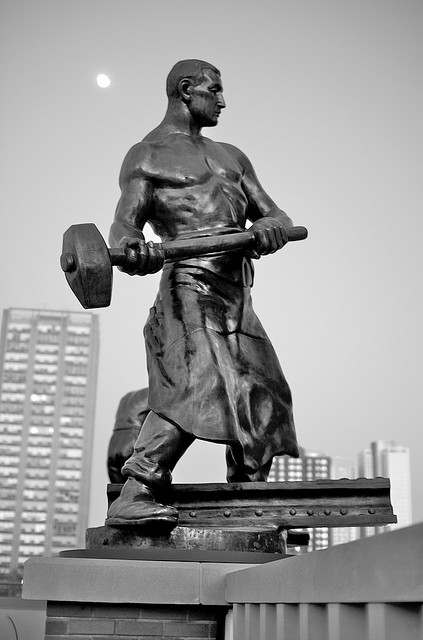 *SIDE NOTE BONUS READ: Did you know that scientists didn’t stop once they determined that the Earth revolved around the Sun? By continuing to dig, they figured out that the Earth and Sun actually have an interaction that makes them both revolve around a fixed point that isn’t at the Sun’s center. Since it is related to the relative mass of the two objects the point is very close to the center of the Sun (the Earth’s mass is essentially zero compared to the Sun) but it does make the Sun wobble a little. So who cares? When looking for planets orbiting other stars, it is impossible to see the relatively tiny planets themselves. But scientists can measure how its parent star wobbles and use that to calculate a ton of information about the unseen planet (and other planets in the same system). Orbital wobbles predicted the location of Neptune before anyone knew it existed.

**BONUS HOMEWORK ASSIGNMENT: Walk outside and look up. How do you know that the Earth [essentially] revolves around the Sun? Why would you think that? There is a lot about the sky that correlates with the idea that the Sun and all other stars for that matter actually revolve around the Earth. Remember that the idea is older than all but the most basic of telescopes and can be determined by observations you can make with the naked eye. Can you do it? I know the comments are off, but tweet your answer at me (@erikmeira) or shoot me an email through the contact page. Even if you are reading this years later, let me know what you found.