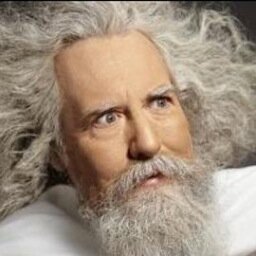 ARE YOU FREAKING KIDDING ME??? IS HE REALLY GOING TO TAKE ON THIS QUESTION???

Easy now, fella. This is just a thought experiment about scientific questions and has almost nothing to do with God. I have used this example for years in my lectures because it gets the point across crystal clear. At no point have I been followed out of a lecture hall by people with torches and pitchforks, except when discussing my criticisms of dry needling (if you found that statement offensive you should probably stop here). No matter what you believe about the existence of God at the beginning of reading this post, your belief will have in no way changed by the end. That’s not the point. So what kind of question is “Does God exist?” Actually, from a scientific perspective it is a very poor question…

First we need to understand what science is. Remember that science is a tool for understanding the natural world. Another such tool would be mathematics (think proofs, theorems, etc). When carried out properly, science systematically removes all possible explanations until only one remains. Remember, in science, you can never prove something true, you can only prove it false. By proving everything else false, you are left with the strongest theory. For a much more detailed explanation of how this works, read The Science Series. When judging a statement, whether or not something is scientific is asking a different question than whether or not it is true. This is often confusing to people. A statement can be true and unscientific – For example, “I love my wife.” A statement can also be untrue and scientific – For example, “The sun revolves around the Earth.” Confused? I’ll explain.

So let’s look again at the statement, “I love my wife.” From a scientific perspective, what is wrong with that statement? Well, obviously (I hope) there is no way to test whether or not I love my wife. That means YOU cannot ever know how true that statement is with any certainty. You have to take that on faith. But let’s look deeper. Why can’t this be tested? For starters, there is no agreement on what we mean by “love”. That is a loosely defined term. There are no objective measures of love. That inherently makes it not scientific, but it makes no comment as to whether or not it is true.

The beginning of wisdom, is the definition of terms.
-Socrates

“Aha!” you say. “Agnostic is the scientific position regarding God’s existence!” Nope. Still not accurate.

Agnosticism basically asserts, “I do not know whether or not God exists.” Remember one of the problems we had with “I love my wife”? Defining terms. There is no scientifically testable definition of God which means to a scientist that the conversation never begins in the first place. This gets to a position known as Theological Noncognitivism. This position states, “I do not know what you mean by God.” End of discussion.

For many scientists, they then come to the personal conclusion of atheist. This is actually okay since scientists, when forced to come to a conclusion in the absence of sufficient evidence should always take the null position (disbelief). Similarly, if they are applying scientific principles in their personal life, they wouldn’t believe in angels, fairies, unicorns, ghosts, etc. But remember, these things aren’t necessarily nonexistent, just not scientific. When it comes to faith, you can define God any way that works for you. You can then come to your own conclusion based on that faith. The same way that I KNOW that I love my wife, some KNOW that God exists. Science has nothing to do with it.

The same way that I KNOW that I love my wife, some KNOW that God exists.

I hear things like, “This treatment works!” What do you mean by “works”? “Pain improved.” What do you mean by “pain”? I’m not trying to get metaphysical here but we must define our terms in order to be scientific. When I see a headline that says, “Evidence shows that dry needling is effective for myofascial pain syndrome” I get confused.

This leaves so much to interpretation. All of these conclusions are poorly defined. Poorly defined statements are inherently not scientific. Just because it’s published, doesn’t make it science.

Now, I in no way intend to single out dry needling – there are many many other concepts in physical therapy with similar flaws. I am also by no means saying that the statement above about dry needling isn’t true. It MIGHT be true, but it is first and foremost not scientific as it is currently defined. Since it is not scientific, then you have to go by faith. Faith is not science, even if you are right.