Using the Force to Understand Injuries 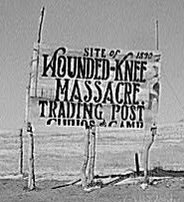 There has been a lot of talk lately about how mechanics can play a role in injuries. This is especially true in lower extremity injuries such as patellofemoral pain and ACL tears. I’m in no way saying that this idea is “false”, but many people fail to unpack the idea which leads to some, well, horribly inaccurate beliefs.

So let’s start by explaining what “unpacking an idea” means. An idea can be imagined as a package and, therefore, in order to understand it you must unpack it so you can examine its underlying or component parts. If you take an idea at its face value, it leaves you open to misunderstanding potentially sound ideas. Worse yet, it leaves you open to following the herd into accepting flat out wrong ideas. This is horribly common in physical therapy practice.

Now, consider ACL tears. What does it take to tear an ACL? In the unpacking process we find the answer is remarkably simple:

What tears an ACL is a load to the ligament that exceeds its failure threshold.

That’s it. But let’s unpack further so we can understand this better.

Take my good friend JW Matheson. Now I happen to know that at this exact moment in time it takes exactly 2312 Newtons (N) of load to tear his ACL. (Don’t ask me how I know this, just understand that his ACL has a generally weak constitution.) JW, like all of us, has a genetic profile that determines the strength of his particular ACL and how it adapts and responds to loads. His exact required load to failure may change with age, but that is also dependent on his genetics. The point is, if you exceed 2312N of load to JW’s ACL at this moment, it will tear. Period.

Now that we have an ACL failure profile for JW, we need to find a way to acquire at least 2312N of force to JW’s ACL. So where can we get this load? Well, we can get some generated internally via muscle activation, but in reality this is probably not going to provide nearly enough load to tear that ACL. We need to look for an externally generated load.

The externally generated load we are looking for comes from the ground via the ground reaction force (GRF) – the force exerted by the ground on a body in contact with it. When a body applies force into the ground through contact, the ground creates an equal and opposite force back into the body. You know, good old Newton’s third law – every action creates an equal and opposite reaction. (The GRF of your mass pushing against the ground at rest is what gives you weight.) The GRF caused by some kind of impact such as landing from a jump, especially on one leg, could definitely generate enough load to tear poor JW’s ACL.

But wait! People land from jumps all the time with really high GRFs but don’t always tear their ACLs. What gives?

Well, we need to do more than generate load. We need to transfer that load up from the ground and then have it be absorbed by (in other words terminate at) JW’s ACL. For simplicity sake, let’s imagine that once JW lands from his jump he becomes a completely passive organism (lazy bastard). What does that GRF generated by landing do to this passive system?

The effect of the above GRF on a passive organism like JW from the sagittal view is simple. It causes ankle dorsiflexion, knee flexion, and hip flexion. The frontal view would likely result in ankle eversion, knee abduction (a component of valgus), and hip adduction. Transverse view is simply internal rotation of the hip adding to the valgus of the knee. The landing mechanics can have a huge effect on this. In a passive system, the more lateral the point of impact (wider stance), the greater the moment arm and therefore the greater the torque. But we are FAR from done understanding this. Let’s continue.

Forces like the GRF are a kind of energy. We all know that there is the law of conservation of energy. In other words, once energy enters a system, the system must reckon with that energy. From several wonderfully conducted studies (in particular this one) we know that applying enough knee valgus in a passive system like the one described above can focus that load (energy) on the ACL. If in JW’s case, that load applied to the ACL is well less than 2312N, it will tolerate it. If it surpasses 2312N – KAPLOOEY!!!! JW is now the proud owner of a torn ACL. Nice simple open and shut case right?

Muscles play a HUGE role here on the amount of load applied to the ACL. Muscle activation can do two things. First it changes the vector of the GRF. For example, higher quality studies on landing mechanics don’t just use cameras to collect data. They use force plates to measure the GRF vector size and angle. They then lay that over the images from the motion capture system to measure the moment arms that the GRF creates at each joint. You need BOTH force and moment arm to calculate the torque. Engaging muscles can change the exact location of the impact point on the force plate even if the mechanics captured on camera are unchanged. In other words, two people with identical landing mechanics may have greatly different moment arms depending on muscle activation.

The second thing that muscle activation can do is often misinterpreted by clinicians. Clinicians will often tell their patients to “correct the mechanics” by activating their muscles and then believe that the correction of the mechanics is the actual necessary change. That is fine to use such a cue with the patient, but it fails to understand what is really going on here. Remember, what ultimately matters here is load to the ACL, not mechanics. Now it is true that muscle activation can change those “faulty” mechanics. But the question that you need to ask is HOW they change the mechanics.

To understand this better, let’s go back to the conservation of energy. Look at what we discussed above. What causes all of those “faulty” mechanics in the passive system? The GRF that was created during the landing contact. In order for that force NOT to cause those mechanics, the force must go SOMEWHERE ELSE. Where does it go? Well, eccentric muscle activation can absorb a lot of force. The other cool thing is that muscles, unlike passive structures like ligaments, can be TRAINED to have a higher capacity for load.

But remember, we don’t need to absorb ALL of that force. All we are trying to bring the load to JW’s ACL below 2312N. Let’s say that the injury example above only delivered 2350N of force into the ACL. In that case, all we need to absorb in the muscle is 50N to prevent the injury to poor JW.

Now I know what you are saying. “Yeah, but correcting those mechanics would make an even GREATER reduction of load to the ACL!” I’m not saying you are wrong (especially if those mechanics are REALLY ugly), but you are missing the point.

What I am saying is that with enough muscle activation, THE MECHANICS DO NOT MATTER. (You should have just felt a loud “click” in your head.)

Again, you need basic strength (capacity) AND timely activation (coordination) NOT a huge change in mechanics (although that’s fine if it happens). Sure, explaining to the patient, “Try to make your knees point more like this when you land,” may be a good cue for them to perform a timely activation of their muscles and yes, definitely address the REALLY ugly stuff. But remember that the activation during the task is what matters most. Also remember that “functional” training isn’t functional unless it is specific to the desired task. Squats beget squats; running begets running.

Now we are talking injury prevention, but this idea could apply to most traumatic orthopedic injuries, including “micro-trauma” (not talking chronic pain here). Why do strengthening programs help with PFPS even without a change in mechanics? Why does an increase in rotator cuff strength help shoulder pain when there is still contact between the humerus and the acromion? Of course you and I both know that a positive feedback loop is also likely to be at play.

Also remember at the beginning I brought up that the load tolerance of JW’s ACL is determined mostly by genetics. Some people just have really low genetically predetermined failure points. (That link no longer works – Thanks Stanford University Sports Genetics!) Luck still plays a very important role as well. Even with the best designed programs, injuries still happen.